The Home of Scottish Piping

Established in 1996 as a full-time and professional business, making Piping Services Scotland the experienced option to provide your top quality piper

We make it easy to reach outstanding service.

We make it simple to satisfy your Scottish entertainment needs.

We make it hassle free to complete your perfect special occasion.

As well as our highly recommended Bagpipers, we also provide the finest quality of Traditional Drummers, impressive Full Pipe Bands. The freshest in amazing Fusion Bands and energy through Ceilidh Bands. Whilst incorporating renowned Comperes, Toast Masters, Burns Supper Speeches and most importantly… Advice!
Piping Services Scotland was set up in 1996 by Andy Melvin in order to provide a professional option in a market where it was very hard to find. Since then we have provided services to over 10,000 events which required reliability to the highest standard.

Iain and Andy are both former Pipe Majors with a combined experience of nearly 50 years served in this position. Andy having lead Williamwood Pipe Band to two successive world championships in consecutive grades. Possibly the first time this has ever been achieved.

We work closely with Williamwood Pipe Band, Iain is a founding piper of Saltire Beat and Andy is a past president of the Sandyford Burns Club. We have have over the years acquired a rich depth of different musicians, speakers and Toast Masters. 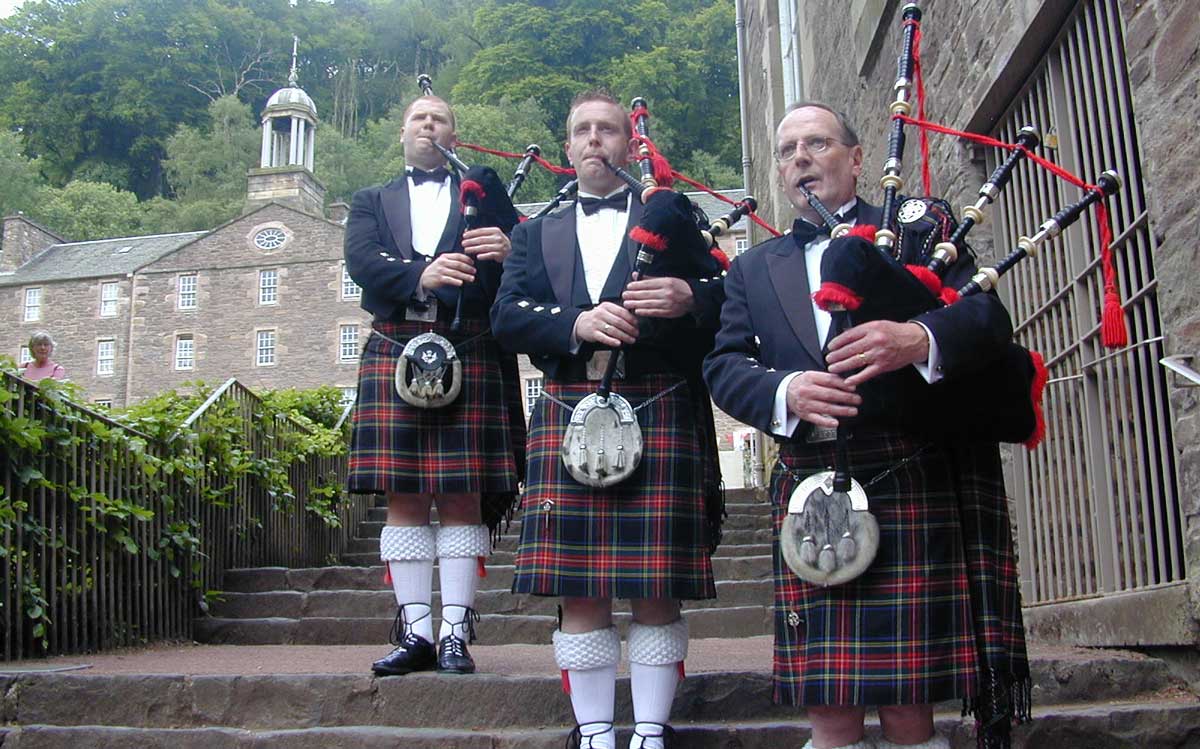 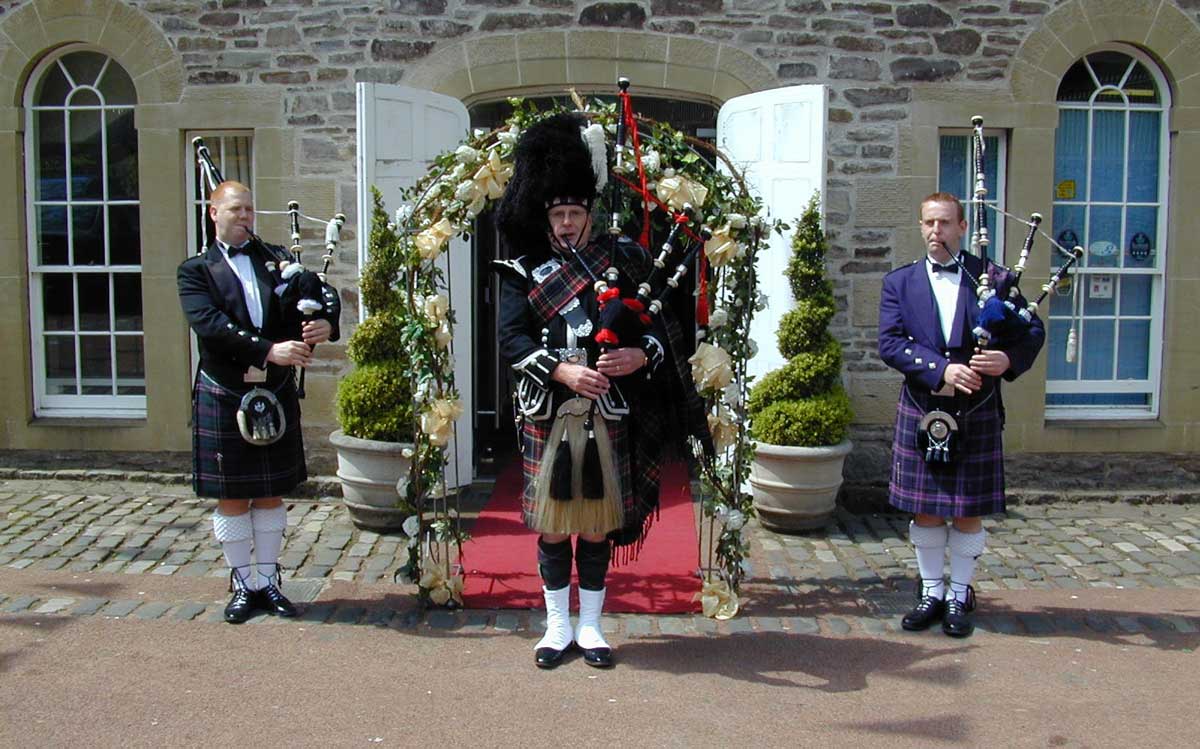 Originally formed to supply the best quality of pipers, we now provide all kinds of traditional entertainment for all occasions around Scotland & North England, whilst every month or so we will have an engagement in the rest of the British Isles, Europe, Asia, Africa or the Americas.

Get in Touch
“A big Thank-you to Andy for piping at our recent wedding at Mar Hall. We are extremely grateful for his fabulous piping on the day and for taking time to get to know us. We would thoroughly recommend Andy and Piping Services Scotland to anyone.”
Cameron Aitchison
“A huge thank you to all at Piping Services Scotland for the fantastic service and especially to Lewis for piping at my wedding recently. He was amazing from start to finish and I can’t thank him enough. I would highly recommend you to everyone.”
Yvonne Clark
“Best in the business. Totally made our wedding day. Nothing was too much trouble. We had 2 pipers and a drummer and all 3 were absolutely amazing. Sounded incredible. Can’t recommend these guys enough.”
Claire Gillies
“Thank you so much to Iain for making our wedding day so so special! It wouldn’t have been the same without such an amazing piper! Very professional and such a lovely guy! Thank you!!”
Lorenzo Hepburn